Vinod Mehta, editorial chairman of the Outlook group, published a bestselling autobiography,Lucknow Boy, two years ago. He then felt he had more to say. His new book, Editor Unplugged: Media, Magnates, Netas and Me, will be released by Arundhati Roy and Arnab Goswami in Delhi on December 12. In this free-wheeling interview around the book, he speaks to Scroll.in about a range of subjects. The first part of this interview was published yesterday.

You’ve republished your biographies of Meena Kumari and Sanjay Gandhi, but not your first book, about your early years in Bombay.
I wrote it when I was 26. Some of the contents of the book…My mother, who is dead now, was ashamed when she read it. I wrote in that book about many things which a young man of 26 years would write. About his bohemian life, his womanising, etcetera. You don’t care at that age what you write. I still have a copy of the book and the publishers are chasing me for it.

Are you still embarrassed about it?
Yeah. You see, already they call me a drunk on social media, even though I drink very little. So, if that book ever came out, it would be dynamite for these people. For example, I wrote about my daughter in my previous book, Lucknow Boy. They call her a prostitute on social media, because I produced an illegitimate child.

For all the abuse on social media, you are one editor who always published letters very critical of not just your publication but also yourself. Sometimes they would be nasty. Do you think today’s journalists lack a thick skin?
I have no problem with what you say about the way I look, the way I walk, the way I write, the way I edit. But please don’t get into abuse and don’t bring in my family. You can attack me in any way and I don’t mind that.

Editors and journalists tell everybody that different points of view must be allowed. But about themselves they accept only one point of view, that they are god’s gift to journalism.

I specialise in self-mockery because I come from Lucknow. I developed an early taste for self-mockery. I think to mock yourself, you have to have a certain confidence in your ability. Not everybody can mock themselves. So in a way, I am paying a compliment to myself. 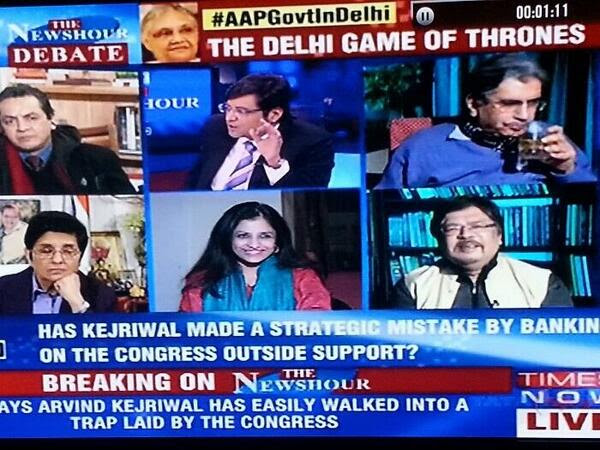 You have always championed secularism, even embracing the term “pseudo-secularism”. Do you think secularism is still alive in the Modi era?
The irony is that when these guys are in opposition they attack Nehruvian legacy. When they come to power, they rule by Nehruvian legacy. The first person that Mr Modi went to is Atal Behari Vajpayee, and Atal Behari Vajpayee’s hero is Nehru. If you see how the BJP came to power – to come to power they had to become secular. Advani had to give in to Vajpayee. Those uniform civil code etcetera, had to be abandoned. Today, too, you see that on Article 370, they don’t know what to do because they want to win the election in Jammu & Kashmir.

So you have hope for secularism?
I don’t think they will ever concede that, but I am not worried whether they concede it, as long as they rule by those principles. I certainly don’t expect Narendra Modi to say that he is secular.

You write about Sachin Tendulkar in your book as one of your heroes. Have you ever met him?
No. I don’t write about his cricket. I write about his sportsmanship and off the field behaviour and I write that he came to fame at a time when India was still considered to be a second-rate country. We never produced the best to compete with the world. If they did, they would fade in a few years. This chap took on the best of the world and competed with them. One writer said that even before India decided to go for globalisation, there was Sachin Tendulkar who showed India can produce excellence.

My other heroes I write about are Johnnie Walker, Khwaja Ahmed Abbas, Arundhati Roy, Khushwant Singh and Ruskin Bond. No politician, you will note. My publishers asked me to insert one politician. I spent a whole night tossing and turning in my bed wondering which politician I could regard as a hero. I told them I can’t think of anyone.

Not even Sonia Gandhi?
There are aspects of her I admire, particularly her dedication to secularism. I am not an uncritical admirer. The book has a big chapter on the Nehru-Gandhi dynasty.

Is the dynasty over?
No one can say. It would be easy to say the dynasty is over. They are definitely at a crossroads. For the first time serious questions are being raised about them. And this is the first time when there is a serious possibility of the dynasty disintegrating.

You write in the book that the UPA-2 years were the best time for political gossip in Delhi since the Emergency of 1975. Why do you think that was the case?
The previous Lok Sabha was a leaky one. There are so many players in a coalition government that each one has a different interest. You don’t have so many leaks when you have a monolith.

But now we have a monolith group in power.
Yes, but Mr Modi has more enemies inside the party than outside. And those enemies leak information. The story about Rajnath Singh’s son was a leak. Javadekar getting ticked off for going to the airport in jeans was a leak. Sushma Swaraj and Modi having a bit of a tiff in the United States was a leak.

I think they are a monolith out of compulsion. Mr Modi was able to lead the party to a victory, but they knew what dangers were inherent in his prime ministership, mainly the concentration of power with him. Mr Modi has now been on a successful trip to Australia and other countries but we didn’t see the foreign minister there.

Do you think the Modi government’s tight grip on information could be counter-productive for him?
Well, he’s on an extended honeymoon period. A journalist has to be honest about things you don’t like. As we speak, the Indian middle class and some sections of the Indian intelligentsia are mesmerised by Mr Modi and they see him as a messiah. I go for an evening walk and people I don’t know stop me and say we have to make sure Modi succeeds.

We have to wait till such time when the promises will need to be delivered and there is some shortfall. But right now, he’s riding a wave.

You write in Editor Unplugged that an editor must take calculated risk, but that there was one occasion when your calculation misfired and you had to resign. What was that occasion?
It was in the Indian Post. It’s there in my book Lucknow Boy. We did a story which said that the mole in the Indira Gandhi cabinet was not Morarji Desai but YB Chavan. And all hell broke loose in Maharashtra, because he is the father of the Maharashtrian state. And I couldn’t back it up. I had something, but I didn’t have enough.

Have there been other occasions when you published something but couldn’t substantiate it?
Yeah but they worked in my favour. They didn’t misfire. This one had misfired.

And that’s how you made enemies with Sharad Pawar?
Sharad Pawar was one of the people who ran me out of Bombay over the Chavan story. Then, when I joined Outlook, one of the early stories we did was Rajesh Joshi’s story on the NN Vohra report. Mr Pawar went to the Bombay High Court and got an injunction.  I also had lots of run-ins with Mr Bal Thackeray. He burnt mySunday Observer vans god knows how many times.

Do you miss Bombay?
Well, Bombay has changed. And a city’s charm is also your friends there. Some of my friends in Bombay are dead: Behram Contractor, Mario Miranda. Others are, like me, in the waiting room. The other thing is that I lived in Bombay before the Shiv Sena came to power.

It was a wonderful city. A city of gold. You came there, all communities lived there, and the best man won. No caste, no religion. Then Bal Thackeray came and vitiated the whole atmosphere. I saw that in front of my own eyes. The Bombay we knew and the Bombay we loved was destroyed.

When Bal Thackeray died, both Arnab Goswami and Rajdeep Sardesai asked me to come on their programmes. I refused. You can’t tell lies on television. And if I had said what I really felt about Bal Thackeray, the studios would have been burned. 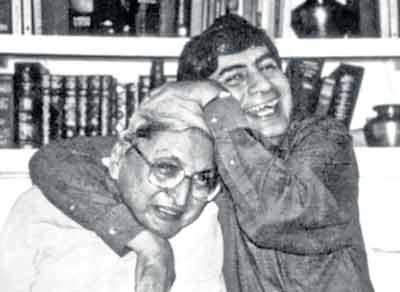