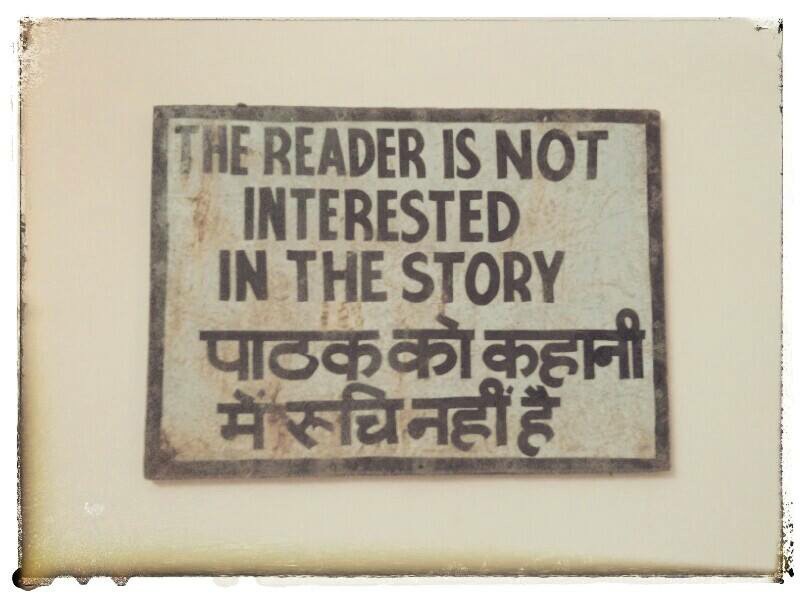 Some years ago, I was a reporter in the founding team of a new news magazine. When the magazine launched, the marketing team sent journalists an email saying that we could gift four free subscriptions to anyone we liked, but could we please make sure the four recipients fell within the magazine’s TG?

I wondered what TG meant. The only TG I knew was transgendered. The marketing team explained that the TG they were referring to was Target Group. Our Target Group wasn’t merely SEC A++ as with most English language media. (SEC? Ah, socio-economic category.) There was more to the definition of our TG. The magazine’s ideal reader was someone whose monthly household income was Rs 2 lakh. Some months later they felt that was too ambitious, so reduced it to Rs 1.5 lakh. Wait, there was yet more. There was a category called bull’s eye. We’d hit bull’s eye if we could capture the attention of the reader who lived in one of the big metros, spent weekends in places such as malls where disposable income is spent, had a smartphone (which wasn’t yet ubiquitous), took at least one foreign holiday a year and had a “Segment C” car (which cost above Rs 5.5 lakh in those days).

I had naively believed that a publication would want as many readers as possible. The greater the circulation, the more ads you got. Not. The business logic of mainstream magazine journalism, and of English language journalism across different media, was to get the rich reader, and then to sell the rich reader to the advertiser.

The magazine’s circulation team did all it could to make sure the magazine did not reach cities outside the handful of big metros. One day, returning from a reporting trip from Srinagar, I told the editor how the magazine was prominently available in news stands there. “Don’t tell the circulation guys,” he replied, “They will make sure it doesn’t reach there.” Even within the big metros, the magazine tried to make sure it did everything to woo the rich reader, and not be easily available to people who didn’t have the purchasing power the advertiser had an eye on. For instance, they got shady data with names, addresses and details of people within posh urban areas who had at least two cars in one household. One car wouldn’t cut it.

The TG impacted the kind of stories the editors encouraged. The stories they wanted would be bizarre, surprising, provocative and mostly about the lives of the TG, their interests and aspirations. Forests rights? Dalit atrocities? Prison torture? A number of such story ideas would be met by the answer, “The reader is not interested in the story.” I heard that line in other places I worked at, too. The first thing I did after I quit that job and became a freelancer was that I went a painter and asked him to paint a signboard. It said: “THE READER IS NOT INTERESTED IN THE STORY,” with the Hindi translation, “Pathak ko kahani mein ruchi nahi hai.” I asked the painter to make it look deliberately rusty and old, because it wasn’t a celebratory statement. It hangs on the wall next to my desk even today, ever a source of inspiration, irony and warning.

As a freelance writer, I did whatever work came my way to keep the cheques coming. If the journalism of the rich, by the rich and for the rich didn’t have the resources, column inches and advertising support to tell the stories I wanted to tell, so be it. As a freelancer, I at least had the dignity to make some choice.

One day in 2012, Saurav Kumar, the editor of a little known magazine called Fountain Ink asked me to find a Maruti worker and do a story describing the work conditions of Maruti workers. Maruti’s factory in Manesar near Gurgaon had shut down because of labour unrest. A general manager had died in a fire, allegedly killed by the workers. The workers denied the accusation, and wanted the world to take note of their inhuman work conditions.

Through a labour rights activist, I found one worker and interviewed him on his life story. I wrote it as a first person account, in his own words. It was 6,500 words, titled “The Maruti Way”. While the magazine’s circulation was miniscule, the story went viral on the internet. Two years later, it remains the most read story on their website. It has been read nearly 2.7 lakh times, several times the circulation of Fountain Ink’s print edition, and several times that of the magazine I had last worked for.

Please forgive me the immodesty here. In fact, I give all credit to the editor of Fountain Ink. The reason why I tell you this story is to share the life-changing lesson I learnt: the reader is interested in the story!

Meanwhile, the magazine with the fancy TG was and is still struggling to get advertising. There, this story on a Maruti worker’s life would never have been published. The media had largely sided with the narrative its TG wanted to believe: the workers had murdered a general manager, a middle class guy like one of us. He deserved justice. There was nothing else to be said about the Maruti story. The reader was not interested.

Some stories did appear later about the workers’ narrative, and Outlook magazine did a cover. But 6,500 words? Go write your novel, most editors would say. A labourer whining about bad work conditions in a factory? The reader is not interested. A month after the Maruti story is out of the pages? Let’s wait for the news peg to return, please.

Yet, the online success of my long piece had proved all such conventional thinking wrong. The story was being shared wildly on Twitter, Facebook and other places on the internet. Many of those who shared it were owners of Maruti cars. Some said they wouldn’t buy a Maruti car again. In other words, even the rich reader was interested. On a website of Indian automotive fans, called Team BHP, the thread discussing my article was endless.

There were two lessons I learnt from this experience. Firstly, that experimenting with form helps. That the story was in first person, gave it a certain authenticity of voice. The only artifice I had introduced was that in the beginning I wrote, “I was present there and will tell you what happened, but to understand it you will have to let me begin from the beginning.” Creating such curiosity in the first paragraph perhaps helped sustain the reader’s interest in the story despite its length.

If one can break the monotony of the he-said-she-said form of writing, people will read. People read to be informed, but they also read for the pleasure of reading. Narrative journalism has become a loaded, over-wrought term, but the craft of story-telling is as important as the story itself. Journalists tell stories, and who wants to listen to a story that’s boring, banal, sleep-inducing? Does anyone like to befriend a bore?

The second lesson was that the internet could demolish the hot air of the marketing types. The marketing types in the media wear suits and think the journalists don’t understand the real world. The internet makes them almost redundant. Anyone ‒ editors reporters, marketing people, media planners, advertisers ‒ can all have a look at a website’s statistics, which are incredibly detailed.

No longer do we need “readership surveys” to tell us what the reader is interested in and not interested in. My angst with the marketing types was that they and their readership surveys were wrong in their presumption of what even the rich reader wants. With the web, there is no debate. The statistic is live and real, and can’t be fudged.

When I write something that doesn’t get the hits, I don’t blame the reader. I ask myself: how can I tell this story to make the reader care about the things I care?

The Maruti worker I had interviewed was arrested soon thereafter, along with 146 other workers. They have been in jail for two and a half years without bail, even as the Haryana government is having a hard time proving murder charges against them. Will you read a story about how their lives and those of the families have been ruined by this? I bet you will, if it’s told as brilliantly as this.