As Indian voters are turning away from the Congress in election after election, they are keeping their best interests in mind. Control of both centre and states alike is good for Prime Minister Narendra Modi and the Bhartiya Janata Party. But it’s making India look increasingly like a one-party state. That, of course, is bad news for democracy since any healthy democracy needs a healthy opposition. END_OF_DOCUMENT_TOKEN_TO_BE_REPLACED

It’s early February in Matsura Gram Panchayat in Rajasthan’s Dholpur district. The Matsura Panchayat, a collection of 11 rural settlements, is holding a historic election. Its 2,700 voters are about to elect their sarpanch. Panchayat sarpanches, in a few states also called panchayat presidents, are the leaders of the smallest administrative units of the decentralised democracy. END_OF_DOCUMENT_TOKEN_TO_BE_REPLACED

When the Supreme Court of India ruled on Wednesday that it would reverse the decision of a lower court and uphold the constitutionality of a law that effectively criminalizes homosexuality, there was widespread shock. Most observers had assumed that the justices would endorse an earlier ruling of the Delhi High Court that had determined, in 2009, that Section 377 of the Indian Penal Code—which proscribes “unnatural offenses”—did not apply to sexual relations between consenting adults. But a look back at the arguments presented in the case, which took place last year, makes it clear that upholding the law was, in fact, the likely verdict. END_OF_DOCUMENT_TOKEN_TO_BE_REPLACED

It is India’s fortune to have a voluntary human rights watchdog as fabulous as the People’s Union for Civil Liberties (PUCL), which goes around selflessly struggling for human rights in a country where human life and liberty have little value. But I felt the PUCL was being a little silly in approaching the Supreme Court of India to allow voters in the Indian elections to have a right to go to the polling station and vote for nobody. END_OF_DOCUMENT_TOKEN_TO_BE_REPLACED

I first set up a blog in 2004, or was it early 2005? I had been so impressed by a blog some people had put up about the Indian Ocean tsunami that I wanted to understand what was then called web 2.0, and is today called social media. Since then, I have been given the identity of a blogger and internet evangelist. I get called to a few talks, workshops, seminars, conferences, and a lot of TV shows. END_OF_DOCUMENT_TOKEN_TO_BE_REPLACED 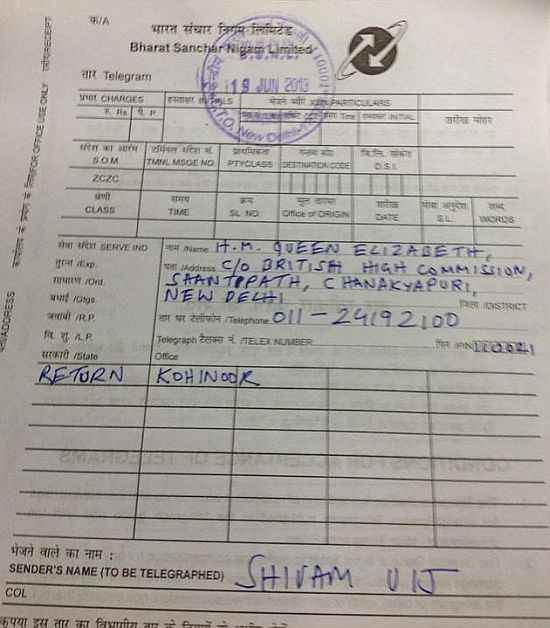 Most of the telegrams I sent out to friends didn’t reach them, and this has been the experience of others too. One sent to me by a friend reached me three days later—so much for a medium whose raison d’etre is urgency. Another telegram a friend sent me reached me 10 days late—by ordinary post! Neither of them came with someone ringing the doorbell, so I could at least imagine the telegram era. They were just left outside. END_OF_DOCUMENT_TOKEN_TO_BE_REPLACED

I recently saw two Bollywood films, both very different and yet very similar. Mohit Suri’s Ek Villain is more like a standard Bollywood film, with good-looking people, a lot of romance, music you’d love to play in your car, and dishoom-dishoom from the first to the last scene. Hansal Mehta’s City Lights is, by Bollywood standards, serious cinema. The real difference between the two is about the budgets, I suppose. Yet, the two films are very similar. Both are set in Mumbai and are about men who are transformed by circumstances — birth, upbringing, migration, love, luck and urban life — into bad men doing bad things to innocent people. The women are passive victims of this violence. END_OF_DOCUMENT_TOKEN_TO_BE_REPLACED

Foreigners are often flummoxed to see Hitler’s Mein Kampf sell so widely in India — sometimes even on red lights. Foreign journalists have written the usual stories about this: find and interview a Hitler fan, talk about the RSS and how its founders were influenced by early twentieth century European fascism, get a quote about the growing Hindu right in India.

Sexy copy as it makes, I always thought this was an incomplete story. For one, the Hindu right wants to cause no world war and it doesn’t want to exterminate Muslims from Indian soil. Its idea of those following religions that did not originate in India is to make them second class citizens. Abominable as it may be, it can’t be compared with what Hitler tried with Jews. END_OF_DOCUMENT_TOKEN_TO_BE_REPLACED

“We believe that India can produce a $100 billion Internet company in the next five years and we want to be that company,” said Flipkart chief executive and co-founder Sachin Bansal, as he announced on Tuesday that Flipkart had secured $1 billion in fresh investments, the largest venture capital investment in an Indian internet company so far, and amongst the largest in the world. A company founded by two Bansals who are not brothers, and who met at the Jwalamukhi hostel of the Delhi branch of the Indian Institute of Technology, is now valued at $7 billion. END_OF_DOCUMENT_TOKEN_TO_BE_REPLACED